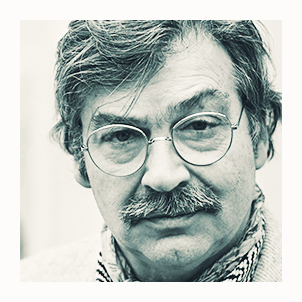 Christiaan Karel Appel, known as Karel Appel (Amsterdam 1921 - Zurich, 2006) was a Dutch painter, a founding member of the CoBrA group. The son of a hairdresser, Appel studied at the Rijksakademie van Beeldende Kunsten (Academy of Fine Arts) in Amsterdam between 1940 and 1943, despite resistance from his parents. There he met Guillaume Corneille and Constant. His first exhibition dates from 1946 and was in Groningen, followed by another in Amsterdam.

Among his influences are Pablo Picasso, Henri Matisse and Jean Dubuffet. Appel is classified as an expressionist painter of the second half of the 20th century. His work, although close to abstraction, always contains recognizable themes (people, animals, landscapes). During his time at CoBrA he painted simple figures with strong outlines in bright colors. 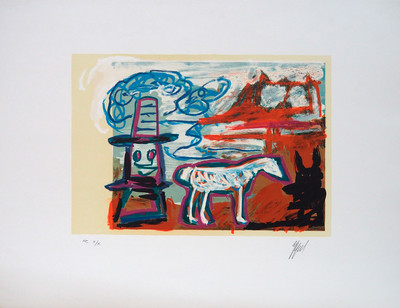