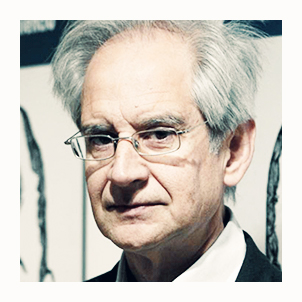 Andrés Rábago, known as a satirical cartoonist in the press under the pseudonym El Roto, is also a painter with a long career and a strong personality. El Roto's pictorial work is characterized by the contrast of planes and volumes and the high color intensity of his palette. Included by the critic Joan Bufill in the group of neo-metaphysicians, Rábago, rigorous and methodical, shuns all plastic rhetoric, and hides, under an apparent simplicity, a complex world of cultural and religious references that make his work one of the most rich and surprising of the current art scene.

In his painting, he transcends individual consciousness and places himself on a deeper level, in a spiritual territory from where he observes and tries to make his way through a cosmos that he defines from his own experience. His work has been the subject of numerous exhibitions, both in galleries and institutions. For his entire work, Andrés Rábago won the 2012 National Illustration Prize, awarded by the Ministry of Culture of Spain. 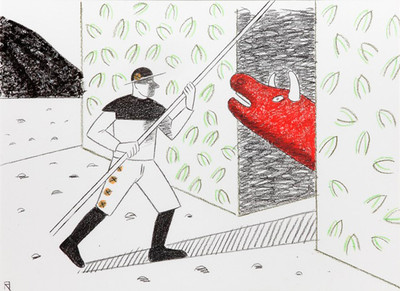