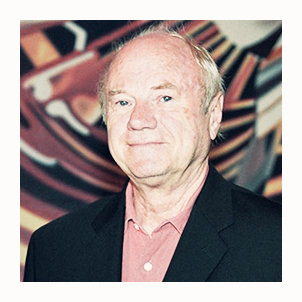 The artist James Rosenquist (Grand Forks, 1933 - New York, 2017), was a key representative of the American pop movement. His work as a poster painter, during his student days at the Minneapolis Institute of Arts, brought him closer to the publicity techniques. In 1955, Rosenquist settled in New York to study at the Art Students League and a year later began working, as he had done in Minneapolis, as a commercial painter on Broadway.

In 1960 he rented a small workshop in Manhattan, where was artists such as Ellsworth Kelly and Robert Indiana. In 1962 the Green Gallery in New York held his first solo exhibition and, from then on, his work was included in group shows through which the pop art phenomenon was established. In addition to painting since the 1960s, Rosenquist experimented with sculpture and assemblage. He was also interested in lithography as the ideal means of disseminating his pictorial proposals and made some of the greatest works ever created in this medium.